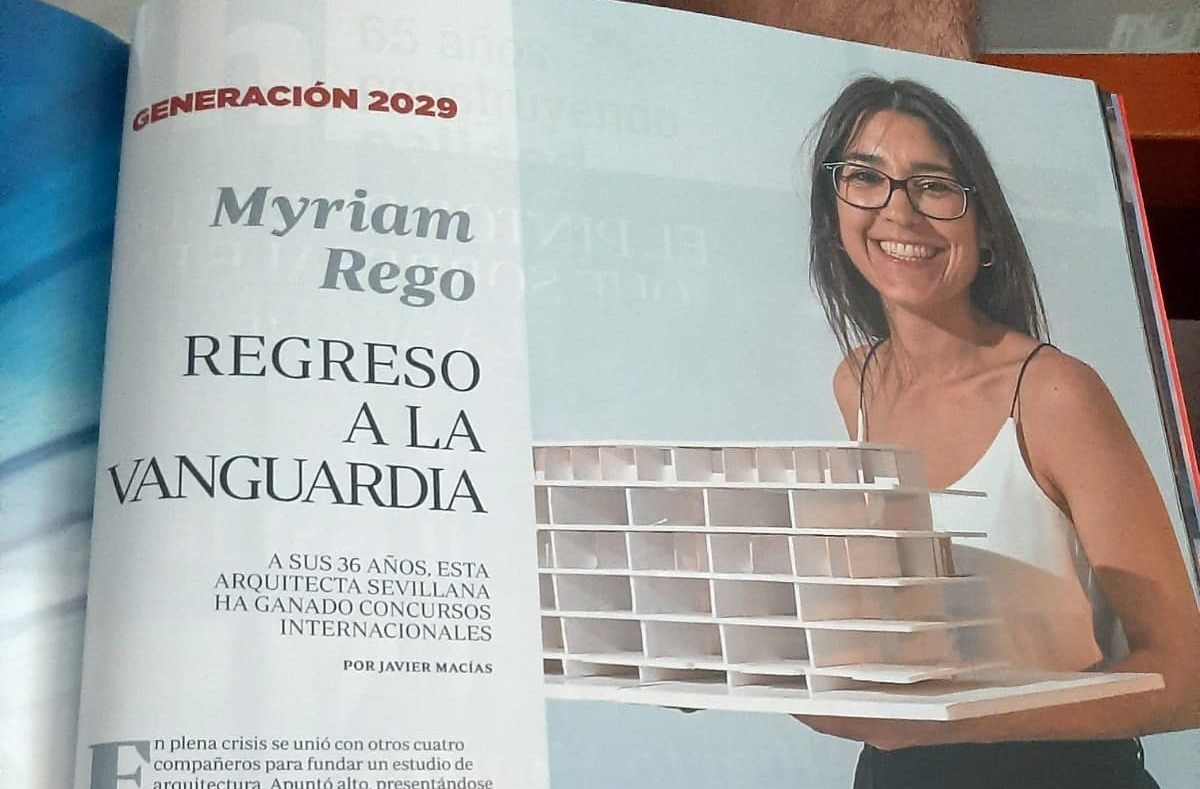 ABC publishes an interview with Myriam Rego in its special magazine for the 90th anniversary of its edition of Seville. Our companion and founding partner of Bakpak, appears in the article as one of the international talents with great projection, a reference of other colleagues who “interprets the past to go to the forefront.”

This is a special publication made in the ABC newspaper of Seville to commemorate the 90 years since the appearance of the first issue on October 12, 1929. In the magazine Sevillian professionals have been chosen who represent the promising future of a generation that has called “Generación 2029”, among them, Myriam Rego, who opted to make the best architecture from Seville and take it to the rest of the world with the BakPak Architects team.

You can read the full interview on this link.

You can also read the interview in pdf.